The Public Likes Of Shark And Man

Talking to ClubSub about Of Shark and Man

On Monday, I went to Leek, having been invited by the guy behind ClubSub, to give a bit of a talk about "Of Shark and Man," for an audience of about thirty or so people of all ages and during which I showed each of the three teaser trailers.

I hadn't actually thought about it prior to speaking but I realised just before I was due on, that this would be the first time I would ever screen the trailers to an audience where I was actually present. I know I'm not too great at self-promotion and certainly not as keen on it as some others out there, but I really do not enjoy watching myself on the telly, even worse is watching myself on the telly when other people are present, also watching. It makes me very uncomfortable but I am fully aware that I just need to suck it up and get used to it, in fact, I need to embrace the whole "self-promotion" thing, maybe even come up with a snazzy catchphrase or something, I don't know but either way, I digress...

I was originally planning to speak for around ten minutes max but ended up going over the half hour mark, the reason being that the response was really, overwhelmingly positive and there was a genuine interest and enthusiasm about not just the film, but my own back story, the story of Shark Reef and shark conservation in general so, in super-efficient presentation style, are a few bullet points of the stand out things I took from this really quite pleasant evening;

It was a really enjoyable evening and everyone was so nice, thanks to Dave for having me and also to Ed and Anna from EDNA who filmed everything for the Making Of featurettes. They've also done a little blog themselves about the evening which you can read here.

So it would seem then that even at this early stage, people really want to see this film and there is a genuine excitement growing that people might actually be getting something different, creative and innovative.

Posted by OfficetoOcean at 16:47 6 comments:

Of Shark and Man Update

I am of course including the first year which centred entirely around making a hair-brained, absurdly impossible dream become a reality but even at two years and seven months, it's still a hell of a long time. "Is the film finished yet?!" is something I get asked a lot and yes, it does annoy me a bit on one hand but on the other, it makes me feel good because the interest is still there and not only has that interest been ever present but it keeps on growing and growing and I need that, it helps me keep going.

When I started filming in Fiji, I never once thought I'd be here, almost three years later still working on the post-production but there is a very good reason for that. The film is so huge, so ambitious and so complex that to do everything on my own and try and balance it with everyday life and the outside expectations that come with that, is such a monumental task that it could easily send someone over the edge, it almost has in fact, numerous times. I am in the single most difficult period of my life ever whilst doing the single most important professional undertaking of my life ever and I'm doing all the lifting and carrying, the admin, the technical parts and everything which keeps a film moving, alone.

The film will be all the better for the time it has taken to produce however because it's been given time to breathe and to almost take on a life of its own, as I have become more skilled over time, the film has benefited enormously and the biggest help in everything has come from Tourism Fiji. It was Jane West and her associate at the time, Martin Harlow, who pulled the trigger on funding for the film, it is they who believed in the project and most importantly me and it is they who have not once put pressure on its completion. They want to see it as much as anyone and their patience and understanding has been nothing short of astounding and because of that, they will see that patience and belief rewarded ten times over. This could not have been achieved without them and I am eternally grateful. 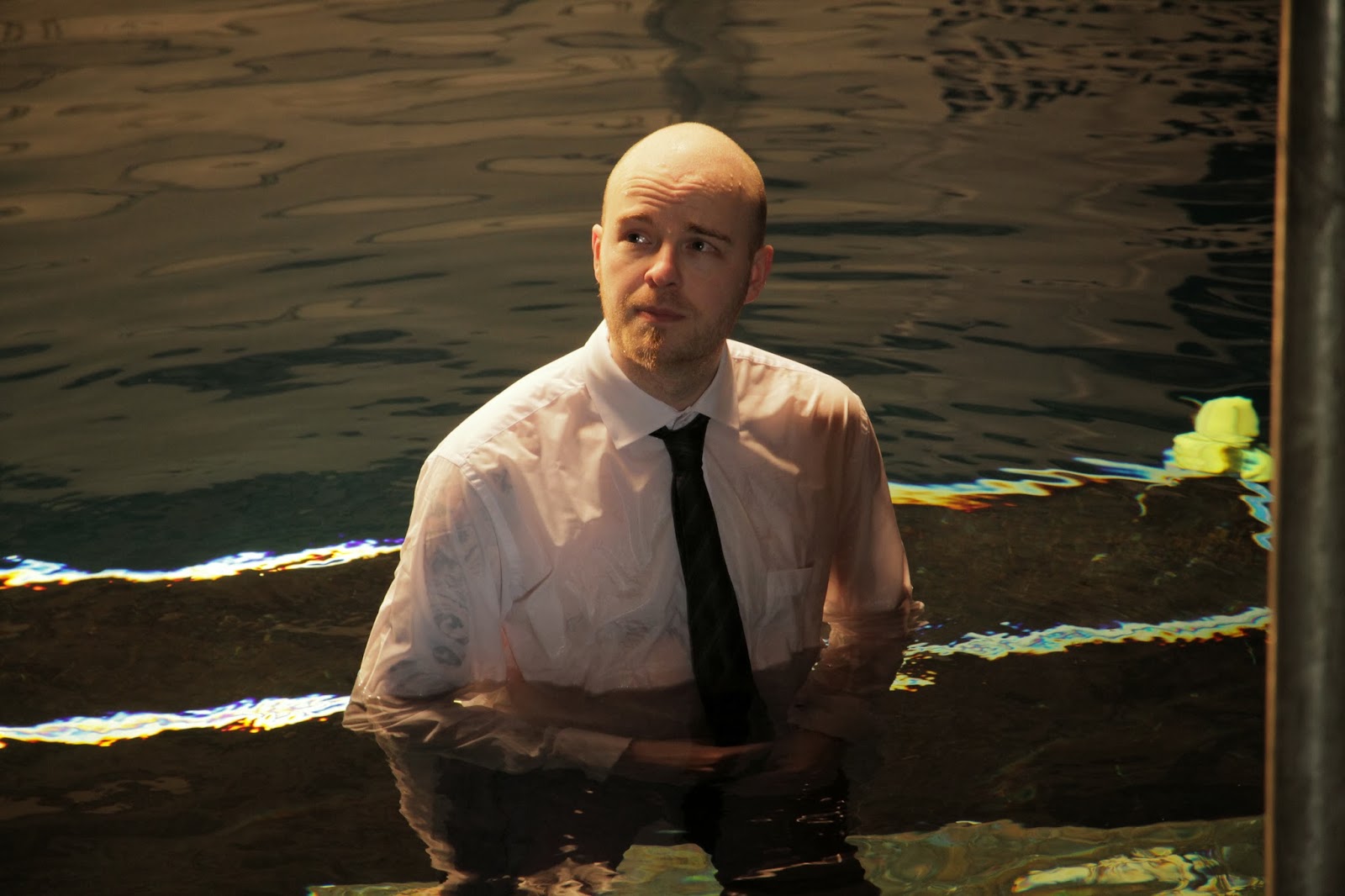 Whereas this has very much been a one man job, from the idea, to getting funding and getting out to Fiji, to handling all the media, editing and constructing a feature length film, I always knew (and was enormously excited) that there would come a point where others would be drafted in to help the film go to the next level and I am pleased to say that we are now at that stage and I have not felt this optimistic about the film since I first secured the funding.

So, where are we?

The first cut is done and has, last night, been split into far more manageable segments. When I first saw the almost two hour long timeline, I'll be honest, it intimidated the hell out of me because I need to grade the whole thing, add vfx where needed, I need to construct a soundtrack and do all the things which make it come alive. I also finished the voiceover script this weekend. Narrative for the film comes primarily from conversational, organic interviews but there is an element of scripted content and that has been a big job, ensuring the mood is just right, it sounds natural and engaging and ties everything together as it should.

In splitting the timeline into chunks I am able to concentrate on smaller parts and refine them, grade them separately and it helps enormously in deciding upon the music, all of which streamlines efficiency.

As I said above, I am also enlisting the help of some ridiculously talented and passionate people who will help elevate this film above what I could achieve doing it all myself so here's a little rundown of who is involved and in what:

Music:
Musically the film will sound like no other shark film. I don't have the BBC Philharmonic so trying to compete with them is a waste of time, plus, it's not really the mood I want, there will be no percussion heavy techno and no "Arabic wailing music," not that there is anything wrong with that, it's just not where I want to go. Currently I have Hip-Hop producers, Rock Musicians, Electro Producers, Ambient Producers, Avant Garde Composers, Pianists and of course myself, all of whom are contributing to the soundtrack. It's varied, evocative and will be of an immensely high quality coming from both UK and US based talent. At this exact moment in time, as I type this, I am going through a huge list of tracks and am receiving more on a daily basis. expect a Soundtrack to be available as a crowdfund perk or to be available to buy when the film is released.

Sound Design:
A huge job being handled by a talent as equally huge in US based Producer and Sound Design Artist, David Lawrie. I have been very exacting in what I want and suggested a ton of things I want to incorporate and his creativity, talent and total understanding of what I want is very impressive. David is working on Sound Design as we speak.

Colour Correction, Grade and Look Build:
I am doing this myself and it will start in the coming weeks, as soon as I have settled on any refinements to the edit. The look will be stylistic, cinematic and specifically designed to augment the footage. The last Teaser Trailer is a good reference point to how the film will look when it's finished.


Branding &Marketing:
This is a major part of any film as it creates the identity and mood of a film for an audience yet to see it. It also ensures that you the audience, get the most out of your experience before, during and after you actually see the film.

I have enlisted the excellent EDNA who will handle everything from branding, logo design, poster and cover art, merch design, a centralised movie specific website which will feature everything OSAM related, the focused marketing campaigns and it is they who will also be producing the warts and all full "Making Of" story of the film.I still need to raise the funds for this so if you are part of a company or organisation which you feel could benefit from advertising gained through a staggered sponsorship scheme on the site where absolutely everything film related will be hosted, please do get in touch. It's a small amount of money with a potentially huge audience and a great deal of goodwill for you to reach! david@scarletviewmedia.com

Graphics and Title Sequence:
This is something I have been sweating about for ages, I really wanted a jaw droppingly good intro title sequence and it was something I knew I wanted external help with so to say I am over the moon about getting the person I have to help, is a massive understatement. No names yet but he is an industry leading graphic designer and motion effects artist who has worked for some enormous clients including the BBC and Gorillaz and we are on completely the same page as to what we want. I wanted the film to come in with a bang and with this guy involved, that's pretty much guaranteed! The work on this will start in the coming weeks.

Crowdfunding Campaign:
This will start as soon as all the branding is in place and will have some pretty awesome perks involved. The sole reason for the campaign is to raise the funds needed to give the film a proper release and to ultimately achieve international distribution. The money raised will go towards covering Festival costs, screenings, prints of the film, paying for the very small amount of footage I have had to get from outside sources (i.e. footage we couldn't shoot in Fiji), promotional events, legal costs, documentation and everything needed to get a film out in to the wild.

There will be one more trailer coming, an official, full trailer which will be the official advertising to the world that the film is done and ready to go, so full look, sound, music, everything. 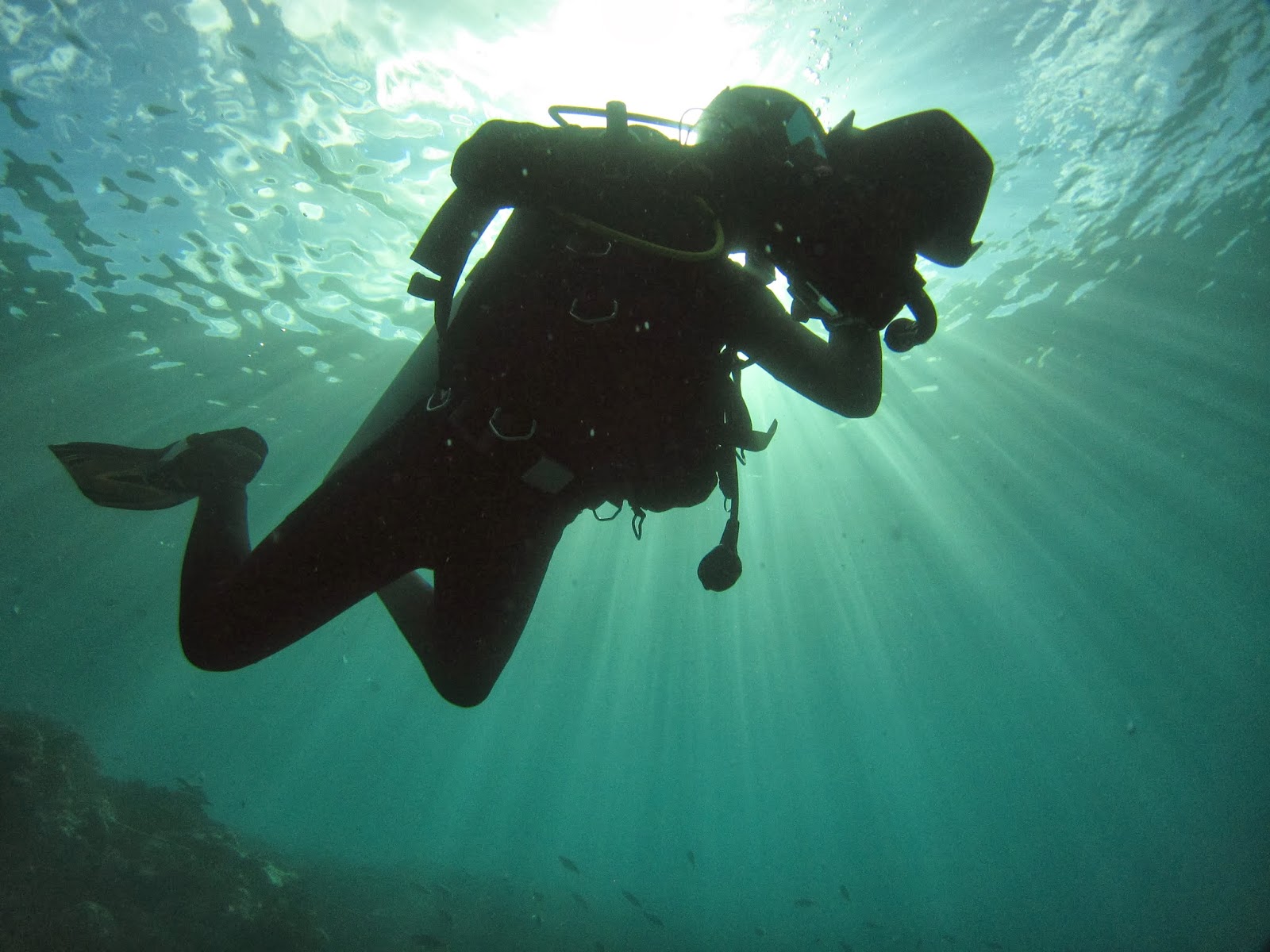 This time in my life is as equally difficult as it is exciting and having put every fibre of my being into it, will either make or break me, the very message carried by the film, one of positivity, belief and love has been permeated by heart breaking difficulties and upheavals throughout the last three years. The highs and lows have been ingested by a project which has pushed me to the absolute brink, all because I want to do something different and primarily, because I believe in the pro-shark message the film carries so much and to know I am reaching the point where all this work will be put out to you, is both exhilarating and terrifying. To now have a clear idea of how the finished film will look, feel and sound makes me immensely proud but then, it's out of my control and over to you. With your support this film and its heavily pro-shark message will be a success, so please, if you dig the idea, the concept or just sharks in general, let me know how you can support this film.


"Of Shark and Man" - Teaser Trailer 1 from Scarlet View Media on Vimeo.


"Of Shark and Man" Teaser Trailer 2 from Scarlet View Media on Vimeo.

Posted by OfficetoOcean at 18:12 No comments: