Of Shark and Man Premiere - Amazing!! 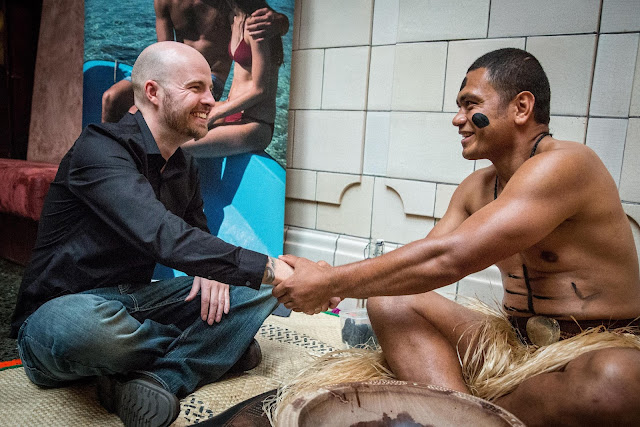 It's taken a few days to get the chance to write this as I am currently on a shoot in Mallorca but Thursday's Of Shark and Man premiere was a really amazing and incredibly humbling event!


The mooted (then cancelled) tube strike meant some guests were unable to make it but the turnout was fantastic with people travelling far and wide to help celebrate the release of the film. Guests included people who have helped in the production of the film, supporters and sponsors, Dive industry heavyweights, media and friends and the venue, The Courthouse Hotel in Soho, was just perfect (thanks to Chris Bird for making the projection of the film as smooth and non-stressful as he did!) 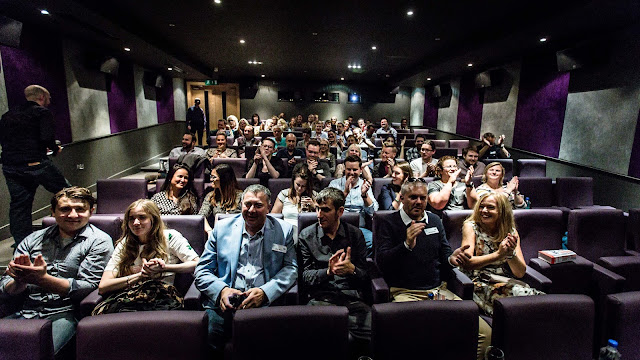 The reaction was really overwhelming, the atmosphere surrounding the night was positive, friendly and casual and I really hope all our guests had an enjoyable time. Once again, it was incredibly positive that throughout the film, nobody seemed to lose interest, nobody left (phew!) and the reaction at the end of the film was so good I didn't really take it in at the time I was so surprised.

Afterwards, upon retiring to the bar, it was lovely to catch up with friends, one of whom, David Whittle who did the opening title sequence, I hadn't seen for 18 years! It was equally good to make new friends and hear what they thought about the film, their favourite bits and how it moved them.

So far, the feedback has been incredible, the film really seems to touch a nerve with both sharky people and those with no prior interest in sharks at all and I think that is what I am proudest about.

The crowdfund campaign has got off to a great start but we need to keep it moving. If you want to help support the release of the film, go check out the amazing perks on offer and also, read this to find out how you could win yourself a trip for two to Fiji or a set of Aqualung regs!!

Here's a few pics from the premiere taken by the lovely and very talented Carol J Moir! You can see more here. 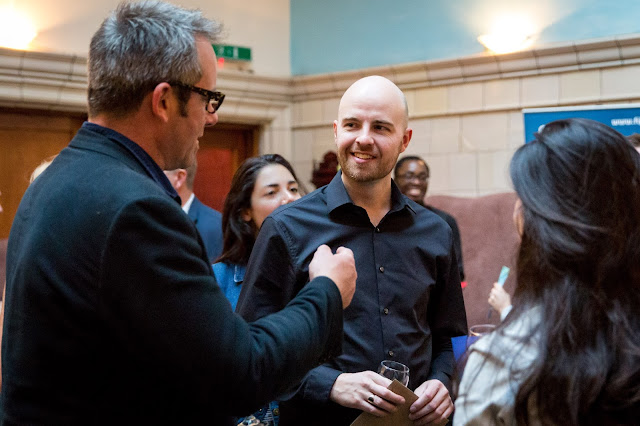 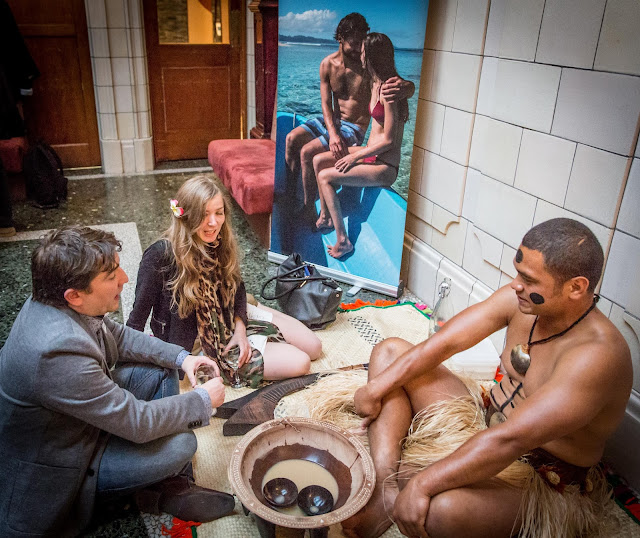 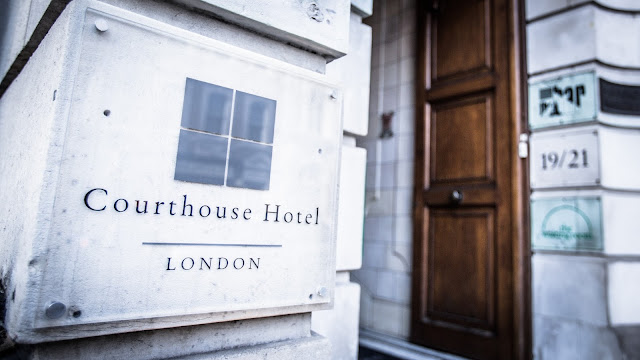 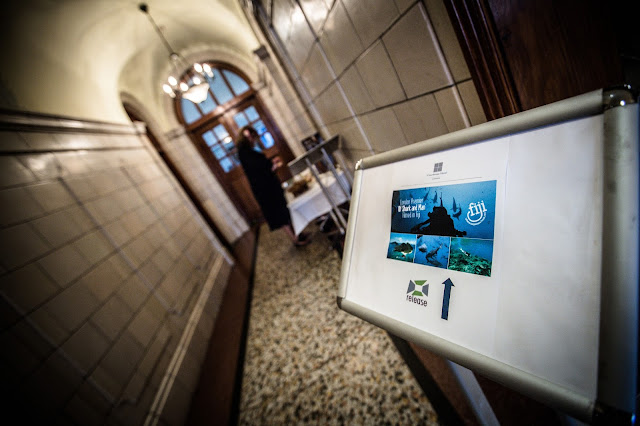 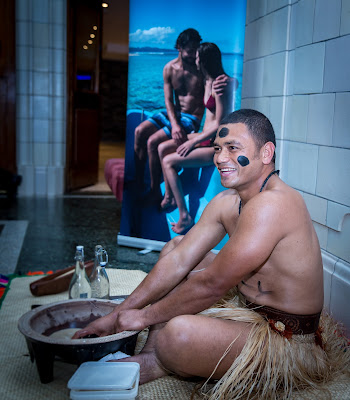 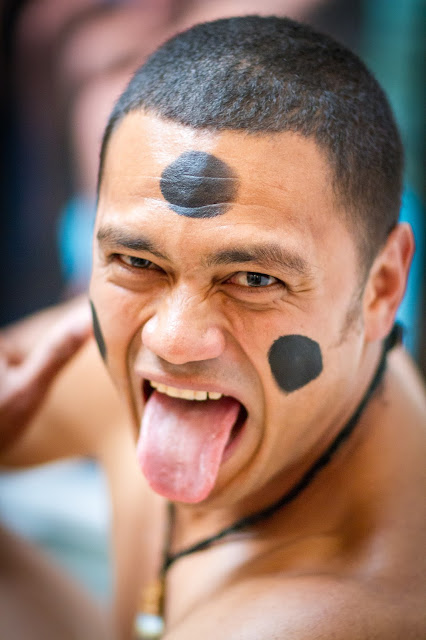 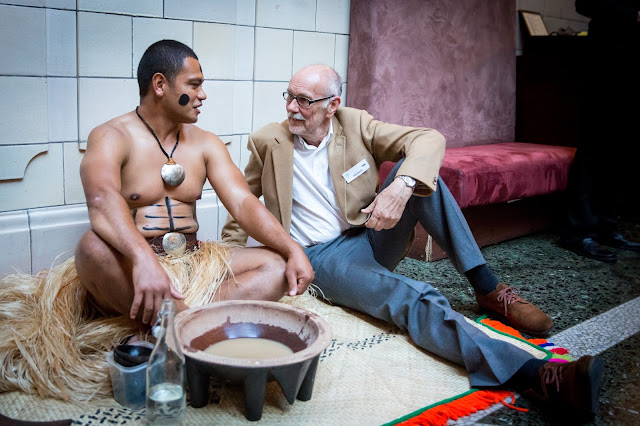 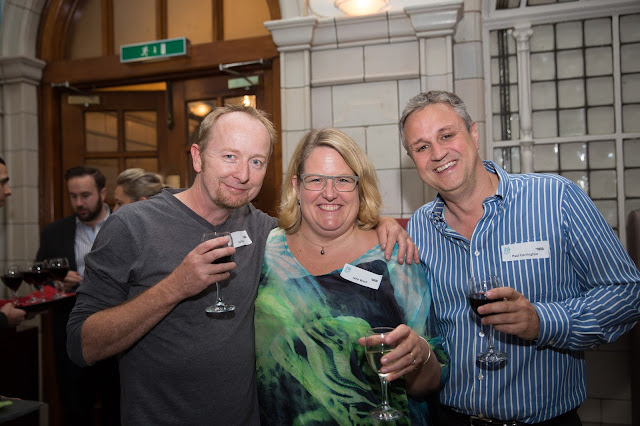 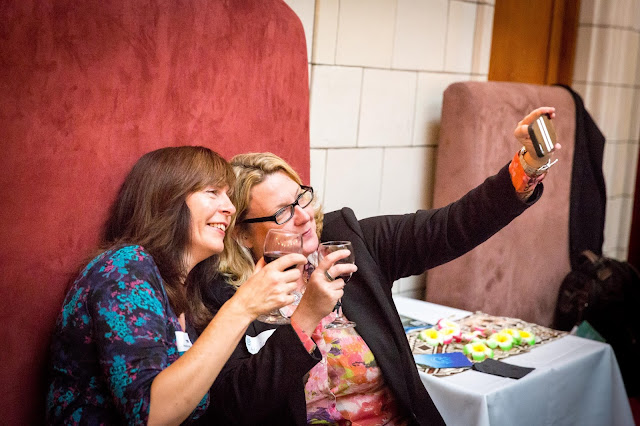 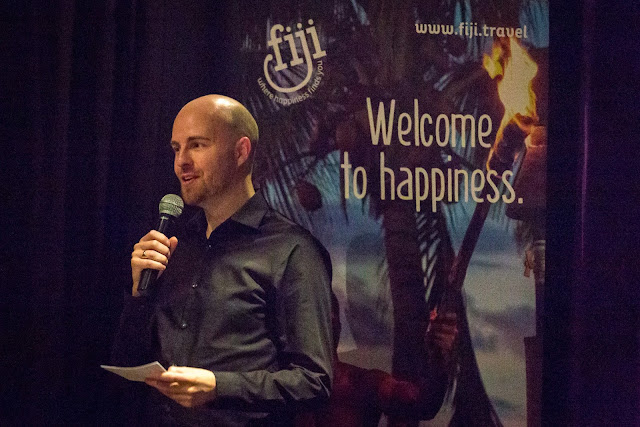 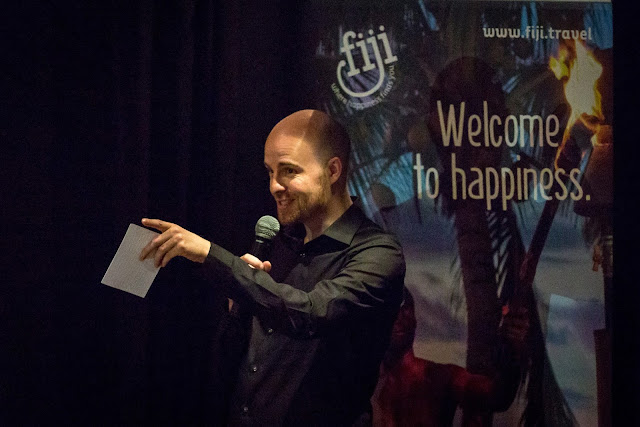 The Of Shark And Man Crowdfund Is Live!

It's been a crazy few weeks with way too much to fit into not enough time but somehow, I'm just about managing!

One of the biggest jobs I've had for a few months now has been putting everything in place for the crowdfund campaign. I've mentioned it has been coming on here for a while now and the reason it's taken a while to get to the stage of going live is purely down to one reason. I've spent the entire time trying to secure as much value for contributors as possible, I feel that if I am asking for your help, I want to give you something in return that you can really appreciate.

On Monday, the crowdfund campaign was finally released, you can see it here please watch the video, read the details and most important of all, check out the perks and if there's anything in there that takes your fancy, make your contribution and it's yours!

We have film merchandise in the form of T-Shirts, custom artwork, signed posters, skype chats with me (who wouldn't want that!?), stickers and of course, best of all, you get to see the film for yourself. Until "Of Shark and Man" screens in your town, this is the only way you have to see the film!

As well as film merch we are also giving away some serious, top of the range dive gear including, computers, wetsuits, regs, mask/fins/snorkel sets and dive bags from Suunto, Fourth Element, Apeks and Aqualung 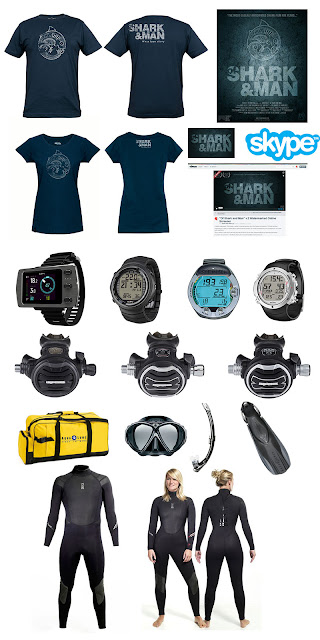 The amount we are hoping to raise, is quite a chunk of money but we are hopeful that we can get close to, if not achieve that target. The money will be used to get the film out to the film festival circuit, for marketing and promotion, special events and screenings, subtitling and everything else designed to get this film out for as many people to see as possible and spread a positive and inspiring story about sharks and people.

The campaign runs for 45 days, at the completion of the campaign, Indiegogo take their percentage then distribute the funds to us so we can start work on distribution. The admin side of things takes about two weeks and after that, we will start distributing all your awesome perks!

In conjunction with the crowdfund campaign we are also running our own raffle campaign in which you stand a chance of winning a shark diving trip to Fiji for you and a friend!!

The raffle is our own separate thing that we are running outside of Indiegogo. Most crowdfunds don't have raffles alongside them, it's certainly not something we have to do, rather something I want to do. It helps us promote the crowdfund campaign and also shows how valued your contribution to supporting Of Shark and Man is to everyone associated with the film.

Now, there's been a few questions about the raffle as a few people haven't read the press release properly and got seriously confused so I'll break it down as simply as possible below:

Please read the terms and conditions it's all very straightforward, when you make your contribution, that's it, you just need to wait until the campaign ends and then we will do a draw on video, drawn by an independent third party to make sure everything is fair for everyone.

Go get yourself some cool stuff! Good luck!

I have a long day tomorrow, driving down to London for the premiere on Thursday, then over to Mallorca for twelve days for a film shoot. Keep visiting ofsharkandman.com for all the usual updates and to keep up to date with all the latest news sign up to the newsletter!


Posted by OfficetoOcean at 01:56 No comments: 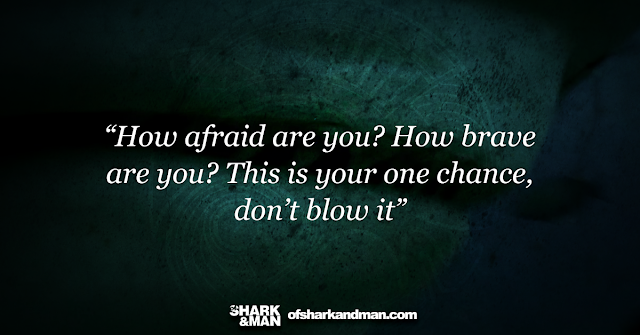 Finally, after all these years, the Official Trailer is live and available for you to see for yourself! No more teasers as to what the film might look and sound like, just confirmation in the form of a brief snapshot of what you the viewer will be getting when you see Of Shark and Man.

I would greatly appreciate if you could share the trailer far and wide if you like it, we need the film to gain a momentum amongst the public so there is that interest to see it when its released. After five years of non-stop hard work, now is the key time that will make or break it!

The website is also live and getting regular updates. Starting next Wednesday, new content like interviews, reviews, news updates etc will be posted every week and on every Friday, new video content will be added to the site including teaser clips, bonus features and deleted scenes so keep making regular visits so as not to miss out!

Posted by OfficetoOcean at 16:25 No comments: