Of Shark and Man update and more good news about A Ray of Light!! 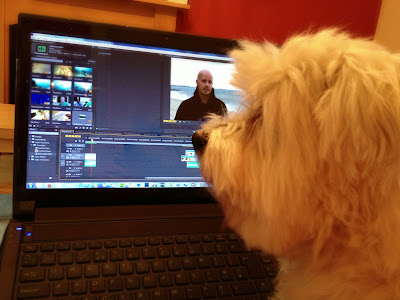 How's about an update?

Of Shark and Man

Serious progress has been made over the last few weeks to the point where I am now 1 hour and 14 minutes in with only three main sections left to edit. I was always wondering if the film would hit ninety minutes and it looks like the first cut will go slightly beyond that. That is not me trying to stretch the film out by the way, it's merely that I want to cover everything properly and not just fly through everything to get you to the commercials quicker!

I really dislike the modern day trend of just glossing over everything, giving you the minimum you need to class the film as "factual" and then trying to create some kind of drama where there is none. This film is jam packed with content, talking points and even a bit of controversy and I want to do the story justice so I'm not concerned about its length.

I have a few bits and pieces I want to film which will only take a couple of days and two of the remaining three sections are quite straightforward although one is very complex but I am tentatively saying that the first time line for Of Shark and Man will be completed by July. Yes, you read that right, this is the first time I've put a completion timescale on the edit, that's pretty big news.

The animation team have been hard at work and I have to give extra special mention to Lian for her heroic efforts so far and to Faeez for offering to help animate a bar graph for me. They are an incredibly talented group who I am over the moon to have on board as part of this film, thanks to them, a vital aspect of the story will be presented in a fitting way. I cannot wait to see their finished work!

When the first cut is done, I will colour correct and grade it, before recording the voice-over with Adam and Liam at the Banter Media Studios in Manchester. Following that, Mark and I will sit down to the arduous task of sound design and soundtrack, including composing and recording bespoke pieces for the film as well as using music from other talented musicians, including Chris Zabriskie, an ever present in all my film work. 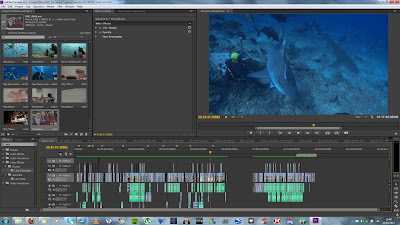 Aside from actually constructing the film, I have also been coming up with a plan for promotion and release. I will start work on the second Teaser Trailer next week, focusing more on the sharks this time. This will be accompanied by something else connected to the film's promotion which will go a long way to determining how successful this film can be so please, make sure to keep an eye out for that.

I do have a few things I am very keen to do, when the first cut is done the first thing will be a small batch of individual test screenings for industry friends, other film-makers and objective voices, so that I can look at ways the edit can be improved. When those improvements are made, I will then move on to a few small scale test screenings for members of the public so I can evaluate their feedback and again, if any changes need making, I can make those changes.

That's when things will get interesting. Some of you reading this will be contacted about receiving a pre-release copy of the film to watch and review on your blogs, websites, video channels, newsletters and websites. I already know most of the people who will be contacted and you will know a lot more about it nearer the time.

After that, it will be an official premiere screening for members of the press and public before the film festival submissions start.

It's all getting rather exciting now! 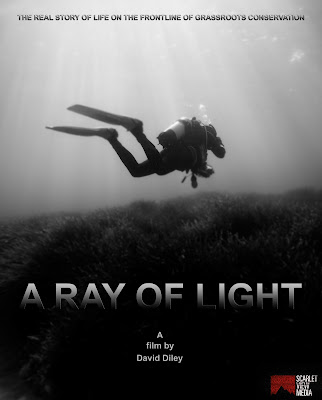 A Ray of Light

Another film festival has requested A Ray of Light to screen at their event. The London Eco Film Festival which takes place on Sunday May the 12th and I will be there if I am able to attend. At this stage, it's not listed on the website but that's only because I haven't sent the DVD yet, that will be going next Tuesday. This will be the first public screening in the UK of "A Ray of Light"

On Thursday June the 6th, the UK stop of the Beneath the Waves Film Festival in Falmouth, at The Poly, will be screening A Ray of Light and not only that, I will be introducing the film and even doing a Q&A session afterwards. Please feel free to come along, watch some films by some talented people and ply me with alcohol in the bar afterwards.

Have a top weekend!
Posted by OfficetoOcean at 20:32 No comments:

My Nephew Charlie - A Talented Dude! 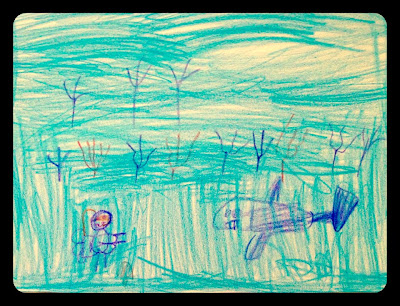 My two nephews, Sam and Charlie, are really brilliant lads, funny, polite, well mannered and generally, super cool so you can imagine what a nice surprise it was when my mum brought this picture that Charlie had drawn of his Uncle David diving with sharks, home with her for me after a visit to my Auntie and Uncle's in Manchester.

Both boys love sharks, especially Sam and that is with no real pressure from me either, they just naturally like sharks and not just that, they're both United supporters as well (being from Manchester what else would they be!?) so they have the two main ingredients in place for a fulfilling and exciting life!

They were both on my mind in Fiji so I was pleased to be able to give them each a little treat when I got back home, a Bull Shark tooth and a Tiger Shark tooth, not bought in a shop, but taken from Shark Reef itself.

Thanks for the picture Charlie and I hope to see you, Sam and your mum and dad again very soon!
Posted by OfficetoOcean at 16:00 No comments:

Unedited Interview Segement from the filming of "Of Shark and Man" from Scarlet View Media on Vimeo.

I get asked a lot about my motivations behind the "From the Office to the Ocean" project, why I wanted to do it, what I had to do to get it off the ground, the difficulties and issues I faced and also what I hope to achieve. Feedback from people about the film and its content is often that they want to know more about this kind of stuff because it taps into the "everyman" aspect I am so passionate to highlight.

With that in mind and having approached the part of the edit of "Of Shark and Man" where this is discussed, I went over an interview/piece to camera I shot in Fiji where I asked Hamish to ask me questions that related to what he thought the audience of the film might be interested in with respect to the twelve months leading up to production in Fiji, to treat it as though he had only just met me, knew a tiny bit about the film and wanted to know more.

This also gives an indication into how the narrative of the film is delivered, very little is scripted, instead, the majority of the voice over narrative is taken from these natural, conversational interviews so the viewer hopefully feels that they are being involved in the film and not just talked at as an uninvolved third party.

It's interesting for me to watch it back now, eighteen months after it was filmed, most of all, because it all still applies and is still completely relevant to me now, in 2013. There is no colour correction, grade or audio processing and it has been heavily compressed down to run at 5Mbps as opposed to broadcast standard 50Mbps. The few cuts merely cover long questions and the answers are unedited.

It's just over fifteen minutes in length with no cutaways so it really is completely raw.

This interview has now been edited down significantly for the film but after feedback from members of the Facebook group I thought some of you might be interested to see the whole thing so here it is.

As always, feedback and comments are warmly welcomed and I hope that somewhere in there, you find some stuff that you can relate to or which help you in your own endeavours. I would also be really keen to hear any suggestions of things not in this interview that you think would be interesting for me to address so please, feel free to suggest away!

Posted by OfficetoOcean at 22:13 2 comments: