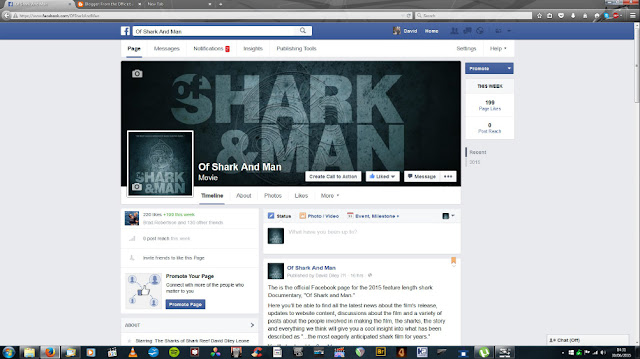 Just a bit of news to share, I will be on WGN Radio in Chicago tomorrow (Weds 1st July) doing an interview about Of Shark and Man and also the recent shark attacks in North Carolina. The interview goes out at 3:35am local time, 9:35am UK time and I'm looking forward to it. It's nice to be approached for stuff like this.

Also, the official Of Shark and Man Facebook page is now live along with the official Twitter account so be cool and give both a like/follow. The From the Office... page will still be very much live and used as often as it is now, it's just that the OSAM page will focus solely on the film, extra content etc and all relevant subject matter and it will get that stuff first so if you want to keep up to speed it's good to climb aboard on that for sure!

The website is coming soon and that means the trailer will go live very soon also!

Have a listen to the interview if you can, if you can't I'll post up the link if they put it online and as always, keen to hear your thoughts on everything!
Posted by OfficetoOcean at 14:42 No comments:

More Feedback For Of Shark And Man 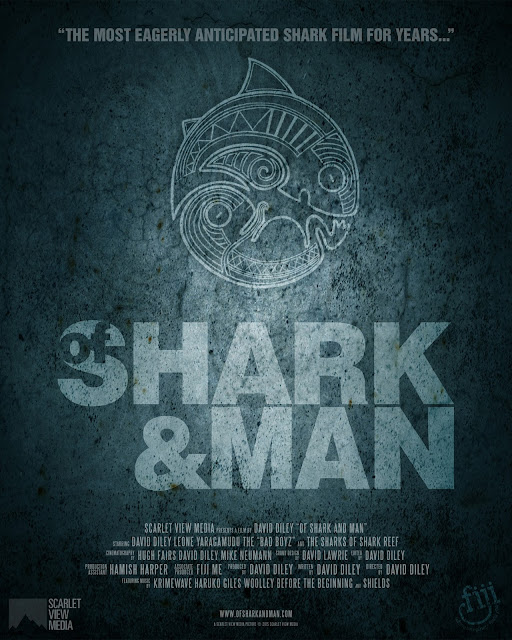 A couple of weeks ago I sent out the watermarked screener for Of Shark and Man to a few carefully selected people and the first bits of feedback are coming in so thought I'd share bits of that feedback here and in upcoming blog posts. The people the film went out to are incredibly busy so it's taking a while for everyone to get a chance to sit down properly with the film so there's still plenty to come.


"Excuse my language, but HOLY F*@%. The last dive scene in the upcoming Of Shark and Man is the best 10 minutes of shark film I have ever seen... I'm sitting in my living room in my underwear and my heart is beating out of my chest. What a ride!...

The shark feeding discussion is fascinating and the back and forth between Mike and Helen is really well done. Not sure if anyone has done this as well as you have.”

“The section on $ and diving is fantastic. It's probably the best explanation of the value of shark diving I've seen. The walkabout dive piece is mind blowing. It's the best part of the film, and left me breathless.” Angelo Villagomez (Shark Defenders)


"David, this film is extraordinary. It hits every single point that needs to be addressed when it comes to sharks, ecotourism, shark diving; and our responsibilities the animals, local communities and conservation in general. It is beautifully shot and edited. Your story telling in sharing your journey is beautifully done. I am so inspired and impressed, this is so needed in our shark world.

I cannot say enough about this film. You have done an exceptional job. You managed to cover so much, while keeping it interesting and shot beautifully!!

I have not been to Fiji, but seeing all the work they are doing and have worked so hard to implement I am humbled and have so much respect for everyone involved there. Simply beautiful..." Amanda Cotton (Photographer)


I watched it last night- you did a wonderful job with it! You managed to weave together such lovely footage, story-telling, and critical conservation messages without any of the unnecessary fluff or "preachiness" found in like-minded documentaries.

It actually brought tears to my eyes to see all that I find special about BAD and SRMR to be captured on screen, especially with the now iconic shots of Rusi.

I truly can't wait until you release it and I can share it with my family and friends to try and give them some insight into my life from the last four years and what exactly it is that makes me love BAD and SRMR so damn much! Lindsay Graff (Shark Biologist/Conservationist)

"...thanks again for sharing your film with us! It is amazing. I really like the positive angle, the fact that you show a solution how a reef can be restored. I like that you show also the opponents of shark feeding. And it's nice to get to know you better. It's really a personal film."  Lisa Deventer (Ocean Film Festival)

"Underwater footage at its best, three stories all worth being told, and brought to the audience in a well balanced way... It is a story about believing and about perseverance and taking no ‘no’s’ for an answer.

David is not afraid to address the issues at hand: from shark finning, shark feeding to attract them during the dive trips, ecotourism to carbon emission, he gives points to ponder by giving information without stressing a particular point of view.
All in all 4 weeks in Fiji and 4 years of editing resulted in a beautiful movie with honest and true content." Marjo Boertien (Ocean Conservation)


More feedback is on its way so I will post it when it comes through but again, everything is overwhelmingly positive!

***Edit***
For some reason Blogger is not letting me reply to comments! I'm not ignoring you I promise! In answer to the question from people about how they can get to see the film themselves, there will be a way to do that in the coming weeks so keep your eyes peeled for an announcement on here and the Facebook group!
Posted by OfficetoOcean at 19:13 3 comments: 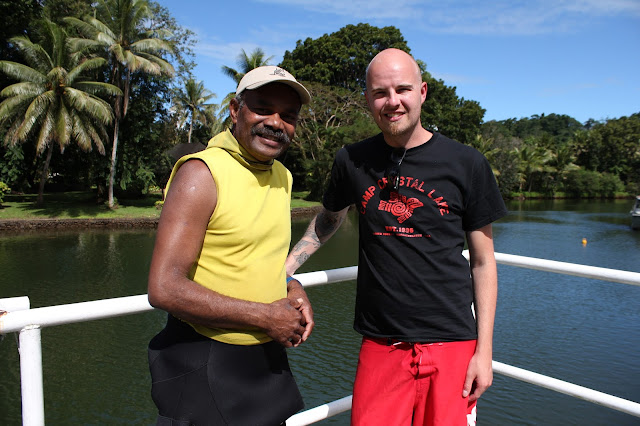 I was saddened to see news from Mike today that the famous "man in the yellow hood," Rusi, chief Shark Feeder at B.A.D and true champion of shark conservation in Fiji has passed away at the age of 55.

Anyone who has dived with B.A.D will be familiar with Rusi, not only was he a softly spoken, kind and decent man, he also had a rare connection to the sharks he had spent thousands of hours with. They were very much "his" sharks, he loved them in a rare, genuine and heartfelt way and was a passionate protector and champion for their conservation.

I can't say I knew Rusi well but I did have the honour of spending almost every day of my month in Fiji with him, observing, learning from and being inspired by him and it truly was an honour, the man was a colossus in the shark diving world. Nowadays the word "legend" is so overused it has lost its true meaning but ask anyone who knows shark diving, Rusi genuinely was one of the few who deserved the tag of "legend."

It's not for me to eulogise the man's life, that is for the people who knew him best but I am immensely proud to have spent time with him, to have dived with him and to have had him be such a big part of "Of Shark and Man," but I think the thing I am proudest of, is that in a journey which changed my life forever, in which I achieved one of my greatest ambitions, he was a key part in that and if it weren't for Rusi's understanding of sharks and his immense experience, I would not have been given that chance. Vinaka Rusi.

My heart goes out to his family, to Mike and to everyone at Beqa Adventure Divers as they come to terms with the loss of a truly irreplaceable friend and giant of Fijian Shark Conservation.

"They are like dogs to me, you know, when you've got dogs in your home, you really love the dogs, that's the same thing, I love my sharks."

Rusi really did love his sharks.