Of Shark and Man Update!

Its been a while since the last blog, I had three weeks in Mallorca then came back to a mountain of things needing to be put in place so I could crack on again with Of Shark and Man and as I am now at that point, I felt an update was long overdue but first...

That video all over Facebook of the dude jumping into the harbour in Manly, it's a fake, a very clever and creative one but a fake nonetheless. The big cut is not the one at 59secs, it's the one at 38secs, it's been uploaded at 480p almost certainly to hide the cuts, the water in which we see the shark is clearly open ocean, not least because the shark is accompanied by pelagic fish species which would not be found in a harbour environment and also, the main source of the video initially was SourceFeed, which is a "Discovery Channel Digital Network" and what do we have just around the corner? Yep it wouldn't surprise me if this was another (admittedly brilliant) viral by Discovery who are quickly becoming the masters of this type of advertising. Shout out as well to the editor, a very skillful piece of cutting!

Okay, on to more pressing and very real matters!

Where is progress with "Of Shark and Man" at the moment?

The other night, the final section of the voice over went into the edit which is a major step towards completion of the first cut. Basically, the whole thing was cut together to a "rhythm" I had in mind which I felt would work best, the script for the voice over was then finalised and slight changes made to the edit so it all fit together as closely as possible. A couple of weeks ago I went to the Banter Media studios to record the voice over with Adam Steel who was brilliant, the whole thing was done in about five hours and sounds absolutely superb and that's without any eq'ing being done yet.

Bad sound will kill your film, it doesn't matter how great it looks, sucky sound screams out "I'm an amateur" and you lose your audience so the voice over for this film has to sound good and I'm very confident it does. I won't lie though, I'm not a fan of recording them, I certainly don't speak "Queen's English" (I detest that term) and I swear a lot so ensuring people like Americans can actually understand what I'm saying whilst also sounding like me is easier said than done. It's accurate to say the end result sounds like I'm meeting a new girlfriend's mum for the first time and I can live with that. 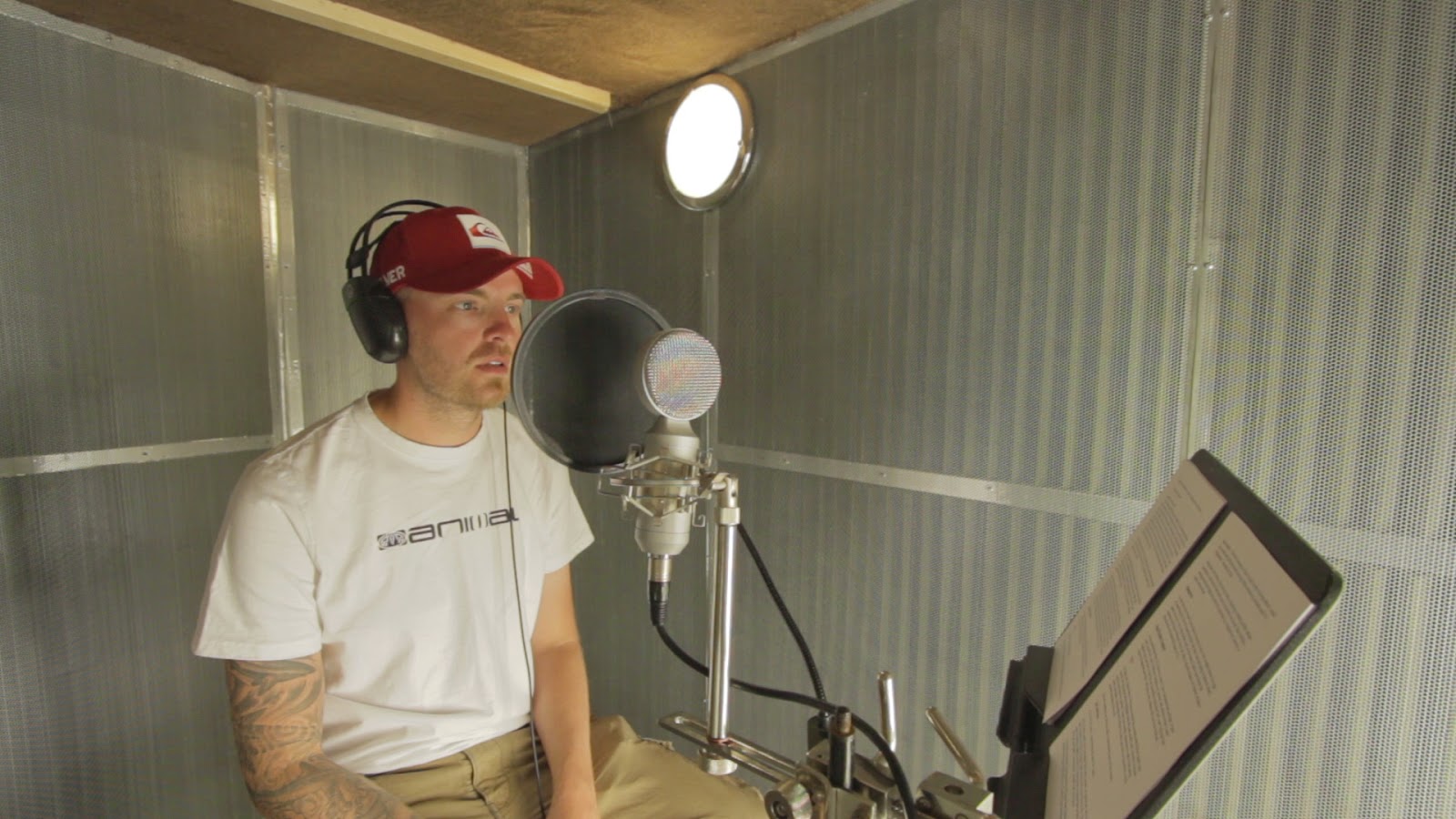 Putting the voice over into the edit has really helped as it has streamlined everything and also highlighted where any changes needed to be made, all of which have been done so as of tonight, the process of sending everything off to David Lawrie will begin so he can complete the sound design.

Sound Design has already started and sounds amazing, David and I have been in regular contact where I have been explaining exactly what I want. It is very complex and ridiculously ambitious but then, hasn't this project always been this way? As I said to David the other day, everything these days is so safe and derivative, let's do something completely different, we're not just making "another shark film."

The intro title sequence is currently under construction as well and I am really excited to see what Dave Whittle has done with it, the guy is one of the best graphics guys out there in the UK right now and I am beyond stoked to have him be a part of this film!

The process of sound tracking the film is in it's early stages but will pick up momentum likely next week so currently, we have the final sound design to be completed, the title sequence to finish, the music and next week the colour correction and grading will begin. In short, we are very very close to a finished first cut!

As I have enlisted the help of external experts, I obviously have to wait until they have done what they need to do and at no point will I be rushing them but I would like to say a first cut will be finished and ready for industry screenings by the end of August, start of September and that is allowing plenty of time for the soundtrack to be completed.

So, when each section has gone to David Lawrie and every single clip of audio split into its own track (the most mind numbingly tedious thing ever) the grade will start, whilst at the same time music is being composed and recorded and the title sequence finished... We're almost there folks!

Sorry for the radio silence once again, I'll try to find time for more regular updates in the coming weeks!

Posted by OfficetoOcean at 15:58 No comments: