More Feedback For Of Shark and Man - Part II 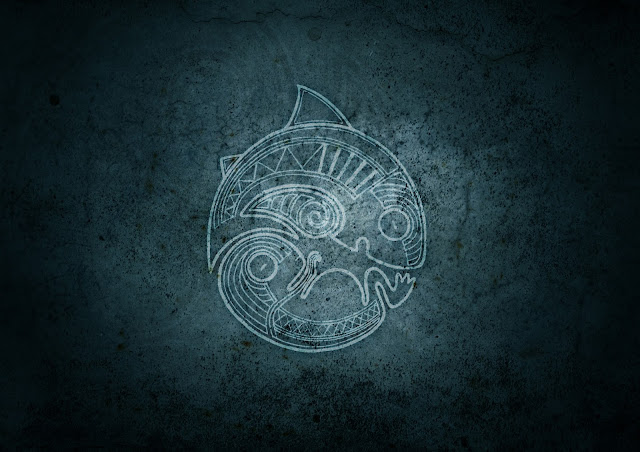 It's been a busy couple of weeks, the Facebook page was properly launched and in the last two weeks has attracted 600 likes which isn't bad at all considering the official trailer isn't out yet! This was all organic as well, in that we haven't done any paid advertising plus we're getting a lot of engagement. Facebook likes mean nothing if people aren't engaging with you!

The Twitter account is also running and progress on that is much slower, purely down to the fact that we've been concentrating on Facebook and the official site although I promise we will up our Twitter game asap!

The first bits of footage from the film were released in a short tribute to Rusi as well and we already have seven teaser clips ready to go, a deleted scene and the official trailer to come with tonnes more stuff being prepared also, all of which we will start drip feeding out by the end of this month!

More feedback has come in for the film from those who were invited to view the private screener hence this blog. Check out the names as well, these are people who have an understanding of the issues in the film as well as a wealth of experience and expertise in Conservation, Film-Making, Shark Diving and Shark Research. Here are some snippets below:


"I watched it last night- you did a wonderful job with it! You managed to weave together such lovely footage, story-telling, and critical conservation messages without any of the unnecessary fluff or "preachiness" found in like-minded documentaries. It actually brought tears to my eyes to see all that I find special about BAD and SRMR to be captured on screen, especially with the now iconic shots of Rusi... I truly can't wait until you release it and I can share it with my family and friends to try and give them some insight into my life from the last four years and what exactly it is that makes me love BAD and SRMR so damn much!" - Lindsay Graff (Shark Researcher)

"I loved your movie "Of Shark and Man". You really show how eco tourism can help shark conservation. You are not afraid to address the controversy surrounding shark feeding dives and paint a pretty accurate picture. The film also encourages people to follow their dreams, which, regardless of subject, is a great thing to do. Best of all, you do this in an entertaining and non "preachy" way. Great job" - Martin Graf (Shark Dive Operator)


"Everything about this feature length documentary was perfect; the editing, the narratives, the cinematography, the underwater footage - all of it, seriously. David does a marvellous job of getting you interested in his own story by pulling you in with the abstract of Fiji and its' sharks, and finally... delivering fully with his own personal goals within the film... The way this film blends all of the stories into one beautiful (love) story is absolute poetry. Diley is a master of his craft, and this film is even more proof of his enormous talents! We had so many emotions running through us during the entire film (this is what a good feature length does! It moves you) - happiness, sadness, shock, fear, awe... you name it!... In our very humble opinion, this film proves to be exactly what it promised to be - real, emotional and thought provoking. Well done David, you have yet again put your money where your mouth is and You, sir, have delivered!" - Save The Sharks

"The success story of Shark Reef Marine Reserve and how a conservation project can benefit local communities is one that needs to be told far and wide. It’s also a pretty inspiring tale of how someone can achieve their goals in life if they really want to.  This is the sort of thing that Shark Week should be showing on a regular basis." - Ian Campbell (WWF)

"...the film is a personal journey into a beautiful and majestic world beneath the surface, and a self-transformation process deep inside the filmmaker’s soul.

When you take that path of telling your own story, it’s very easy to get lost in the process and end up with a big ego-trip enjoyable only to the author. Fortunately, this is not the case. David comes out as very likeable, charismatic average Joe that had the guts to get out there and explore. The first-hand tale of his learning curve, that makes you want to be right there and then with him.

Fiji is a world-class example of shark conservation, and David uses stunning cinematography, an honest voice, and the perfect music to describe not only his personal endeavor, but also that of the island, their people, and their relationship with sharks.

Like David says in his film, you can either create a story around a shark jumping out of the water with its jaws wide open, or you can tell the real story, the one that is already there. David went for the second one, and he did it right." - Jorge Cervera Hauser (Director of "Mexico Pelagico")


"Beautifully filmed throughout!  Simply a pleasure to watch!... I listened with headphones for the best sound, and I’m glad I did.  I really want to see it now in the theatre so I can get blown away by both the gorgeous visuals plus the attention you clearly gave to everything from narration, to foley, to background, to music...

I was expecting another shark film.  But this isn’t that.  Yeah, there are sharks and there is a story of fascination/love/respect for sharks, but to call this a shark film would be missing what I feel was more of a journey/transformation/reboot of someone’s life that INVOLVED sharks.  So to me this is a film that I think could stand on its own at any film festival (not simply relegated to so-called “Ocean Films.”)

Great characters.  You are most certainly the protagonist here, but Mike is at his best. Papa and Rusi (RIP) are fabulous!  And Helen is Helen (which is a compliment, since I LOVE Helen!).  But you captured everyone’s personality honestly.  No caricatures here. My only criticism is that Mike was on best behavior language-wise, as he didn’t say“Fuck” once.

Sharks also became characters in this story, and you kept their characterization and screen presence honest.  You didn’t try to soft pedal these predators, but let them be their own character throughout.  You didn’t make any excuses or do any bullshit. You let the sharks be sharks, and that’s what we need to see and hear more of." - Rick MacPherson (Marine Conservationists & Shark Specialist)


"I watched the movie with my heart full, having been in Fiji, having stayed in the village rather than the hotel, having met all those people you show, makes the movie very personal. Thanks to the beautiful work you have done, what could be just a personal experience, has now become personal for everybody else watching it, regardless if they have been there or not.

I love how you let the Fijians speak and transfer their thoughts about their decisions in their own land. What BEQA has done is incredible, it has allowed them to see, learn and understand and make this work theirs, not infused from an higher authority. The value of the Marine Reserve, the issues between feeding and not feeding, the carbon foot print come from the people of the village, their understanding and their love for their land and ocean.

I also loved how you addressed it all: feeding, non feeding, the conversation between Mike and Ellen is priceless, finning, fishing, surviving and letting survive. I very much connected with your journey, I started and have yet to stop mine from 21 years ago, so you have my utmost admiration and respect." - Cristina Zenato (Shark Diver and Expert)

"I think it is a very good film, a great and important story that needs to be told - like you say in the film. I am no film-editing expert, but it seem to be carrying the story well. Interesting mix of facts and great visual stuff both over and under water. It is based on facts - and your dreams. Good mix. I really like it, and enjoyed watching it!" - Lill Haugen (Underwater Photographer)

"Production quality above and below the water were a top notch representation of what happens when you put good eyes behind a lens... Diley managed to tell one captivating story of a man who left his job for a few big-ass Bull sharks whilst secretly weaving the stories of the Fijian people and their bond with sharks into the mix.

The music was powerful where it needed to be, and subtle when required - and played strengths to the Fijian roots, which fed the overall hungry authenticity of the film.

Finally, the dive sequences were pieced together in an additive information format. Going through each shark species and its role within the eco-system was a personal highlight, and the GT's eating the remoras was an epic pick-up! The final dive sequence was nothing short of inspiring. Well shot, fast paced and narrated to perfection." - Sarah Richmond (Film-Maker - Sarah Shark)

"WOW! I finally had a chance to see the online screening Of Shark And Man and want to congratulate you. Excellent job buddy! One of the things I enjoyed the most is your personal narrative and how you had the courage to embark on this wonderful project. The film brought back a lot of memories and a desire to return and dive once again with Beqa Adventure Divers and those amazing sharks. Wishing you continued success! Very best wishes always." - Michael Patrick O'Neill (Underwater Photographer)


So there you have it, it's very positive that the key elements I focused on such as story, aesthetic, sound, emotion and accessibility are all noted as being particular highlights and that the people giving this feedback really know their stuff.

If you missed part 1 of the Feedback, you can find it here.

Make sure you join the Facebook group and join in with us as we keep posting updates and of course, a load of content for you to enjoy!

Thanks to everyone who has taken the time to watch the film and send me their thoughts, it is greatly appreciated!